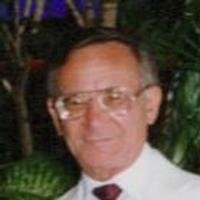 Alfred B. Nargi, 88, longtime resident of Newton St., East Haven.passed away March 5, 2009 in the Hospital of St. Raphael after a brief illness. Former husband of the late Rose Anastasio Nargi. Father of Diane Nargi, David Nargi, Marcia (Jerry) Wunderlich, all of East Haven and Marion (Henry) Hendzel of Killingworth. Grandfather of Jessica, Eric and Brandon. Brother of John Nargi of Hamden and the late Mary DiMaggio, Stella Pappacoda.and Louis, James, Michael and Ralph Nargi. Also survived by many nieces and nephews, including Michael (Joann) Nargi of Hamden, James (Joan) Nargi of North Branford, Louis Nargi of North Branford and Sandra DiMaggio of Hamden. He was predeceased by a nephew Frederick DiMaggio. He also leaves his dear and devoted companion, Rosemary Moore of Wallingford and cherished friends, Albert and Marion Jarmie of East Haven, Bill and Joan Messina of East Haven, his neighbors at Union School Senior Apartments, Anne, Millie, Ellen, Mike, Vera, Sr. Alice, Donna and .all of his friends at the Center Barber Shop where he spent a lot of his time. Born Aug. 15, 1920 in New Haven a son of the late Mariano and Erminia Sullo Nargi he had been employed for many years by the Southern CT. Gas Co. until his retirement in 1983. He was a member of the New Haven Blues Boys Club and had served with the Civilian Conservation Corp in Colorado as a youth. He loved to dance on the East Haven Town Green in the summer and his favorite vacations were in Arizona where he leaves his good friends Chuck and Artie. Funeral from the Clancy Funeral Home, 43 Kirkham Ave., East Haven, Monday morning at 8:30. Mass of Christian Burial in St. Vincent de Paul Church at 9:00.Burial will follow in All Saints Cemetery. Friends may call Sunday from 3 - 7 pm. Al's family would like to thank the staff of St. Raphael’s Hospital for the excellent care given to him during his illness, Rev Sandy if the Episcopal Pastoral Care who was wonderful and comforting and the Catholic Pastoral Care. Also Dr. Judith Gorelick, Dr. Joseph Cardinale, Dr. Thomas Martin, Dr. Ricardo Cordido, Dr. McVety, Dr. Edward Lin and Internal Medicine of East Haven for the great care given to AI. They all treated him as if he was a family member. He will be missed by all. Memorial contributions may be made to the American Cancer Society, 538 Preston Ave., PO Box 1004, Meriden, CT 06450.