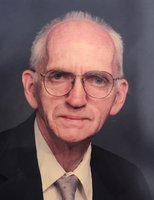 Curtiss S. Burwell, Sr., age 101, of East Haven passed away March 4, 2021 at the VA Hospital in West Haven after a brief illness. He was born October 17, 1919 in New Haven to Charles and Evelyn (Curtiss) Burwell. Curtiss is survived by his children, Curtiss S. Burwell Jr. (Karen) of New Haven, John Burwell (Kathleen) of North Haven, Raymond Burwell of East Haven and Susan Girardi (Alfred) of Guilford along with eleven grandchildren, nine great grandchildren and 1 great-great grandchild. He is preceded in death by his parents, his wife Harriet (Crossley) Burwell, daughter, Patricia Krieger and two brothers, Charles and Edward Burwell. Curtiss was a Sargent in the Army during WWII and served proudly under General Patton and participated in the Battle of the Bulge where he was wounded by an artillery shell. While he was hospitalized, all his Platoon members were killed while crossing the Rhine River. He received numerous medals including the Purple Heart, Bronze Star, European and African Theater medals to name a few. When he returned home after his military service, he started a fish and vegetable business out of his house. Eventually he worked at AC Gilbert where his mother, father, and future wife worked. His mother fixed him up with Harriet Crossley. He spent the rest of his career in the printing industry. He moved the family to East Haven in 1961 and that is where he spent the rest of his life. He loved fishing, bowling, and his family get togethers like Apple Dumpling day. Family will receive mask wearing friends on Thursday, March 11, 2021 from 5 P.M. until the time of service with Military Honors at 7 P.M. in the Clancy-Palumbo Funeral Home (Clancy Funeral Home), 43 Kirkham Ave., East Haven. Burial will be private.