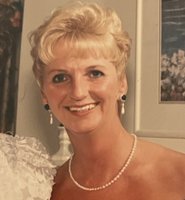 Michele “Shelley” Ciardiello 68 of Branford passed away May 3, 2021 at Yale New Haven Hospital. She was born January 15, 1953 in Brookline, MA to the late Edmund and Marion (Taylor) Nyhan. Michele is survived by her three loving daughters, Catrina Lanouette of Branford, Mary-Beth Adams (Jeff Tyler) of East Haven and Angela Adams (Millie Yates) of Arkansas along with four grandchildren she adored, Kristina Martin, Tyler Martin, Jeffrey Tyler and Justin Tyler. Shelley had a strong work ethic and began her career in EMS as a young woman and an EMT. She worked in the field and as a Certified Emergency Medical Dispatcher for Flanagan Ambulance, New Haven Ambulance, CMED and AMR. In the later part of her career she was promoted to Regional Director of Communications for the Northeast at AMR. Shelley was involved in many work/community projects and fundraisers including Life Haven Women and Children's Shelter for Domestic Violence Victims, Toys For Tots, New Haven Bed Race, Christopher Martin's Thanksgiving Dinners to feed and clothe the homeless and The Special Olympics. Shelley was especially proud of founding The Signal 4 committee which benefited any of her EMS families in need which continues to assist her friends. Shelley was very involved in Dog Rescue by donating, transporting and fostering homeless doggies. Family will receive mask wearing friends on Thursday, May 6, 2021 from 4 P.M. until the time of service at 7 P.M. in the Clancy-Palumbo Funeral Home (Clancy Funeral Home), 43 Kirkham Ave., East Haven. A graveside service will be held on Saturday, May 8 at 10 A.M. in East Lawn Cemetery, 58 River Street, East Haven. In lieu of flowers, please make donation below to help pay for funeral expenses.