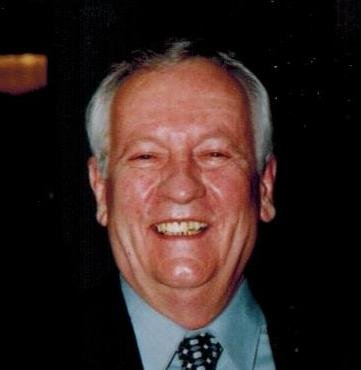 Richard “Dick & R.A.R.” Renbarger 84 of East Haven passed away peacefully at home on October 24, 2018 surrounded by his family. He was born December 24, 1933 in Niles, Michigan to Lester and Mary Renbarger. Dick is survived by his son Richard A. Renbarger Jr. (Bonnie) of Euclid OH, grandson, Ryan Renbarger of Ohio and granddaughter Renee Brozak (Joe) of Ohio along with three great grandchildren, Aubree, Brantley and Bryce Brozak. The family would like to thank Dick’s companion, Lynn Capone Deschamps, for all her kindness, compassion and support.   Richard is preceded in death by his parents, sister, Catherine Carpenter and brothers, Robert Renbarger and Jack Renbarger.

In 1952, Dick started with the New York Central Railroad in Niles, Michigan as a Machinist Apprentice and rose through various positions in Collinwood, Ohio, Syracuse, Harmon, White Plains, NY and finally New Haven where he became Facility Manager of the large shop that maintained the entire Metro-North New Haven Line car and locomotive fleet. Dick started at the bottom and truly raised himself up by the bootstraps to the top of the railroad’s Mechanical Department in New Haven. He retired in 1998 after 47 years of service on four railroads.

Family will receive friends on Saturday, November 3, 2018 from 11 a.m. until the time of service at 1 p.m. in the Clancy-Palumbo Funeral Home (Clancy Funeral Home) 43 Kirkham Ave., East Haven with burial to follow at East Lawn Cemetery. In lieu of flowers, please make donations to the Smilow Cancer Center, 35 Park Street, New Haven CT 06511.

Share Your Memory of
Richard
Upload Your Memory View All Memories
Be the first to upload a memory!
Share A Memory
Send Flowers