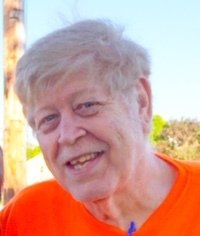 Frank V. Zachey Jr. 69 of East Haven passed away at home on April 3, 2019. He was born July 22, 1949 in New Haven to the late Frank Sr. and Anne (Confrancesco) Zachey. Frank is survived by his wife, Zhou Wei Zachey and three children, Thomas Zachey (Eliz) of East Haven, Carolanne Zachey of Hawaii and Jennifer Zachey of California along with two grandchildren, Bryce and Elexis Zachey. He is also survived by two brothers and two foster sisters, Paul Zachey (Elaine), Gary Zachey, Marie Wright, and Dorothy Lachmund.

AT1 Frank V. Zachey Jr. enlisted in the U.S. Navy at the age of 17 and later graduated from the Army Navy Acadamy of Carlsbad, CA in 1971. He was a proud U.S. Navy veteran of the Vietnam War who served over 23 years and retired honorably earning the various medals including the National Defence Service Ribbon, Vietnam Service Medal with two Bronze Stars, Republic of Vietnam Campaign Medal. Frank was loved and loved all his family. He enjoyed hunting, fishing, scuba diving and was a jack of all trades. As a young man he learned carpentry from his father and had a love for motorcycles and the ocean which was carried on through his family. He will be missed.

Family, friends and fellow veterans are invited to meet and attend a graveside service with full Military Honors on Thursday, April 11, 2019 at 12 p.m. (Noon) in the State VA Cemetery, Bow Lane, Middletown (Please meet at the office). Funeral services are under the care of the Clancy-Palumbo Funeral Home, 43 Kirkham Ave., East Haven.

Please meet at the office.

Share Your Memory of
Frank
Upload Your Memory View All Memories
Be the first to upload a memory!
Share A Memory
Send Flowers