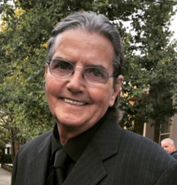 Ward Colburn 63 of Branford passed away unexpectedly on September 17, 2019. He was born August 23, 1956 in Derby to Frederick and Joan (Campbell) Colburn. Ward is survived by his two loving and devoted daughters, Joan Colburn of Milford and Bonnie Colburn of Branford along with his granddaughter who he adored, Aurora Zink. Ward is also survived by his brother, Paul Colburn (Kathleen) of Marlborough, CT, sister, Victoria Colburn Papacoda (Andrew) of East Granby, nephews, Ryan Colburn, Joshua Taylor (Launa), Nathaniel Taylor (Jessica), Luke Taylor (Heather) and great-nieces, Valarie and August Taylor. He is also survived by aunt, Dianne Marlowe of North Branford and uncle, Robert Campbell of Clinton. He was preceded in death by his parents, wife, Jo-Anne (Connors) Colburn (2016) and nephew, Christopher Colburn.

Ward was a retired employee of the US Postal Service with over 30 years of service. He was a devoted husband, father and grandfather who enjoyed spending time with his family and friends. He enjoyed listening to the Rolling Stones, watching the Green Bay Packers, Yankees, Flyers and Celtics. He was an outdoorsman who likes to ski and swim. Ward loved to read and had a keen interest in history and politics.

Family will receive friends on Saturday, September 21, 2019 from 8:30 a.m. until the time of service at 10:40 a.m. in the Clancy-Palumbo Funeral Home (Clancy Funeral Home), 43 Kirkham Ave., East Haven with Committal to follow at All Saints Cemetery, North Haven.

Share Your Memory of
Ward
Upload Your Memory View All Memories
Be the first to upload a memory!
Share A Memory
Send Flowers