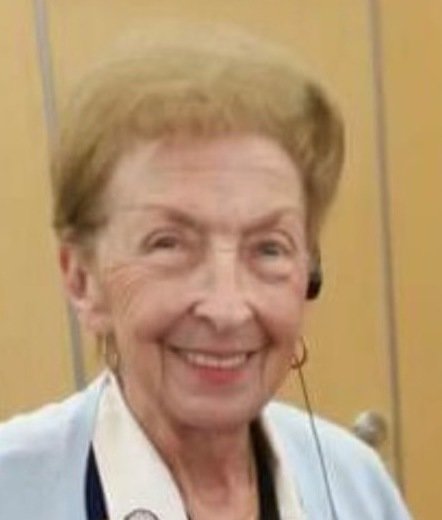 Please share a memory of Barbara Jean Leonard to include in a keepsake book for family and friends.
View Tribute Book
Barbara Jean Leonard Szirbik 85, of Fair Haven Heights in New Haven passed away peacefully on Friday July 30, 2021 in Jupiter, Florida. She was born October 31, 1935 in New Haven to Edward and Myra (Yale) Leonard. Barbara is survived by her two daughters, Diane Santamaria (husband, Mark) of Jupiter, Florida and Dayna Leigh Giordano of Branford along with her three grandchildren, Jacqueline Giordano, Jocelyn Giordano and John Giordano Jr. and her cousin, Diane Johnson McDonald, her niece, Melanie Carbrey (her husband, Frank). Barbara is preceded in death by her parents, husband James Szirbik (1986) and her beloved brother, Edward Leonard and her aunts, Alice Yale, Helen Yale and Eleanor Yale. Barbara was a graduate of Hillhouse High School, Class of 1954, and a member of Phi Delta Sorority with her best friend, Lorraine (Bogart) Seccia. In her later years, she was a member on the class reunion committee for Hillhouse and organized, which became a huge success, a fundraiser for the Smilow Cancer Center (2006 to 2018) called “A Girl Thing.” She would invite all the women of her class and others to gather annually for a luncheon at Biagetti’s Restaurant in West Haven to focus on breast cancer awareness and honor the survivors as well as those in treatment with cancer. Barbara enjoyed living at her home in Fair Haven Heights, she loved her family, friends and animals. After retirement from Dr. Neil Zomback’s office as a medical assistant/office manager, she continued to work for another 15 years for Walmart in Branford. She “finally” retired in 2019. Barbara never missed a day at work at Walmart, including Thanksgiving Day. In addition to “A Girl Thing”, Barbara was a huge advocate for all of the abused and neglected animals. She supported the local East Haven Animal Shelter, including many others. Family will receive friends from 4 to 7 P.M. on Thursday August 5, 2021 at the Clancy-Palumbo Funeral Home (Clancy Funeral Home), 43 Kirkham Ave., East Haven. Her funeral service will be held on Friday, August 6 at 10 A.M. in the Clancy-Palumbo Funeral Home with burial to follow at St. Lawrence Cemetery in West Haven. In lieu of flowers, please make donations to East Haven Animal Shelter, 189 Commerce Street, East Haven CT 06512 (Donate Below) or Smilow Cancer Center, Office of Development, PO Box 1849, New Haven CT 06508 in memory of Barbara Jean Leonard Szirbik.
Thursday
5
August

Share Your Memory of
Barbara Jean Leonard
Upload Your Memory View All Memories
Be the first to upload a memory!
Share A Memory
Send Flowers