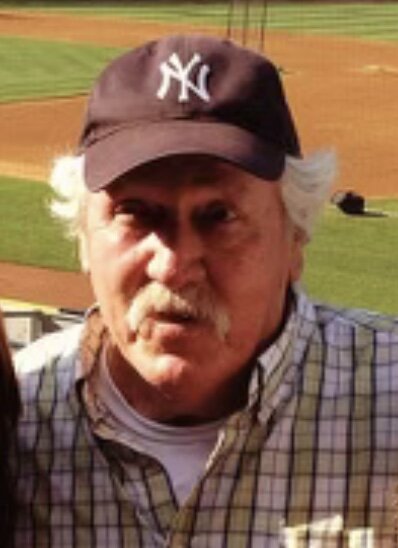 Please share a memory of Michael to include in a keepsake book for family and friends.
View Tribute Book
Michael Trufan 75, of Branford and East Haven passed away October 21, 2021 at Yale New Haven Hospital. He was born May 14, 1946 in New Haven to Anthony and Elizabeth (Fanning) Trufan. Michael is survived by his loving and devoted wife of 55 years, Dorothy (Martino) Trufan and two children, Andrea Trufan of Milford and Anthony Trufan (Amy) of East Haven. He is also survived by two grandchildren, Grace Trufan and Elijah Trufan along with numerous nieces/nephews and great nieces/nephews. Michael is preceded in death by his parents, brother, James Trufan and a sister, Muriel “Murph” Taragowski. Mike was a quiet man who enjoyed genuine laughs and found joy in the simplest of things; being with his beloved wife of over 55 years, Dottie, spending time with his cats Ozzie and Harry(ette), his daughter Andrea, his son Anthony and daughter in law Amy and especially his grandchildren, Grace and Elijah and his grandcats, Kiki and Lulu! He loved to play his “numbers” and fish, and never got discouraged when he didn’t win at either. Mike was a diehard Yankees fan and a handyman who could come up with a "solution" for almost anything. He enjoyed working with his son on many projects at his beloved cottage in Mansfield Grove. Mike enjoyed driving his daughter to and from the airport when she traveled, and he loved hearing about all the places she went. Mike decided for his 50th wedding anniversary that he wanted to fulfill his lifelong dream of traveling as well. Along with his wife and daughter, Mike took many wonderful trips in the last few years. They went to Russia and Ireland, where his parents were from, Canada, England, Italy, Sweden, Norway, Denmark, the Netherlands, Slovenia and France, including his favorite city, Paris. Mike was a member of Teamsters Local 443 for over 30 years and never missed a day of work. He even continued to work part time as a driver even after his retirement. He was loved very much and will be missed. Family will receive mask wearing friends on Tuesday, October 26, 2021 from 4:00 p.m. until the time of service at 6:30 p.m. in the Clancy-Palumbo Funeral Home (Clancy Funeral Home), 43 Kirkham Ave., East Haven. Burial will be private. In lieu of flowers, please make a donation to the Branford Compassion Club or donate blood in his honor with the American Red Cross.
Tuesday
26
October

Share Your Memory of
Michael
Upload Your Memory View All Memories
Be the first to upload a memory!
Share A Memory
Send Flowers