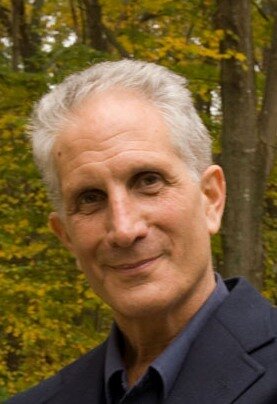 Please share a memory of Anthony to include in a keepsake book for family and friends.
View Tribute Book
Anthony Vincent Riccio 69 of Westbrook passed away unexpectedly at home on January 16, 2022. He was born July 20, 1952 in West Hartford to the late Joseph and Lena (Morrone) Riccio. Anthony is survived by his loving and devoted wife, Dorothy “Bunny” Riccio and son, Allen Riccio of Westbrook. He is also survived by his sister, Joanna Gorman of Branford and three nephews, Joseph Gorman of Rowayton, John Gorman of New Haven and Stephen Dennis of Brooklyn, NY. A resident of New Haven in his early years, Anthony graduated from Richard C. Lee High School in 1970 and went on to attend Providence College. After earning a bachelor's degree in 1974, he relocated to Boston, MA, where he became director of the North End Senior Center. There, Anthony cultivated long-lasting relationships with the city's Italian-American senior citizens, conducting countless interviews that would later form the material for his first book, "Portrait of an Italian-American Neighborhood: The North End of Boston,” published in 1998. In 1982, Anthony moved to North Branford, CT, taking a position as an accounting manager at Metro-North Railroad in New Haven. He immersed himself in Greater New Haven's Italian-American community while building an extensive portfolio of original photographs on periodic trips to Italy. He received his master's degree at Syracuse University as a Florentine Fellow in 1995 and, a year later, began working at Yale University's Sterling Memorial Library, where he would go on to enjoy a long and rewarding career as a stacks manager. While at Yale, Anthony resumed work on one of his many life passions: documenting through one-on-one interviews the history, culture, and traditions of Italian-American citizens throughout the northeast. Between 1998 and 2021, he published six books, including a collection of essays, oral histories, and photographs documenting New Haven’s rich Italian-American culture, “The Italian-American Experience in New Haven: Images and Oral Histories.” He also partnered with the late chef Silvio Suppa to co-author a cookbook. At the time of his death, Anthony was putting the finishing touches on his latest release, “Stories, Streets and Saints: The North End of Boston,” to be published at a later date. Following retirement in 2019, Anthony enjoyed spending time with family, going on long-distance bike rides, and walking his dogs around his hometown of Westbrook, Connecticut. He continued to labor tirelessly on his photography and writing projects until his final days. A vibrant, loving person with a genuine passion for his work, Anthony will be dearly missed by his family, friends, former colleagues, and all who knew and loved him in the New Haven and Boston communities. A graveside service will be held on Saturday, May 21, 2022 at 11 A.M. in Resurrection Cemetery, 1080 Horse Hill Rd., Westbrook, CT. Please go directly to the cemetery. All services are under the care of the Clancy-Palumbo Funeral Home (Clancy Funeral Home), 43 Kirkham Ave., East Haven. In lieu of flowers, in Anthony's memory, please make donations to Vista Life Innovations in Westbrook, CT.
Online Memory & Photo Sharing Event
Online Event
About this Event

Look inside to read what others have shared
Family and friends are coming together online to create a special keepsake. Every memory left on the online obituary will be automatically included in this book.
View Tribute Book
Services for Anthony Riccio
There are no events scheduled. You can still show your support by sending flowers directly to the family, or planting a memorial tree in memory of Anthony Riccio.
Visit the Tribute Store

Share Your Memory of
Anthony
Upload Your Memory View All Memories
Be the first to upload a memory!
Share A Memory
Send Flowers