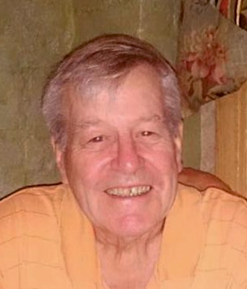 Please share a memory of Lloyd to include in a keepsake book for family and friends.
View Tribute Book
Capt. Lloyd James 85 of East Haven passed away January 18, 2022 at home. He was born February 13, 1936 in Memphis to Lloyd and Maud (Ham) James. Lloyd is survived by his loving wife, Lynn (Chapman) James and his children, Lloyd James of Old Lyme, Mark James (Amy) of VT and step-daughter, Roberta Sabo of East Haven along with three grandchildren, Eric Carlson of East Haven, Taylor James of NY and Noah James of Montana. Lloyd is also survived by his step-mom, Shirley James of TN, siblings, Judy James of Colorado, Richard James of Florida, Diane Wallace of Oregon, sister-in-laws, JC Chapman of NC and Carol Chapman of MA. He is preceded in death by his parents, step-son, Michael Sabo and sister, Maryann James. Following his childhood dreams, Lloyd became a commercial pilot for TWA. He operated as both a pilot and instructor for over 30 years. Lloyd also served in the US Navy as a missile technician. Lloyd lived a life full of travel and worldly experience. All services are private with the Clancy-Palumbo Funeral Home (Clancy Funeral Home), 43 Kirkham Ave., East Haven.
Online Memory & Photo Sharing Event
Online Event
About this Event

Look inside to read what others have shared
Family and friends are coming together online to create a special keepsake. Every memory left on the online obituary will be automatically included in this book.
View Tribute Book
Services for Lloyd James
There are no events scheduled. You can still show your support by sending flowers directly to the family, or planting a memorial tree in memory of Lloyd James.
Visit the Tribute Store

Share Your Memory of
Lloyd
Upload Your Memory View All Memories
Be the first to upload a memory!
Share A Memory
Send Flowers