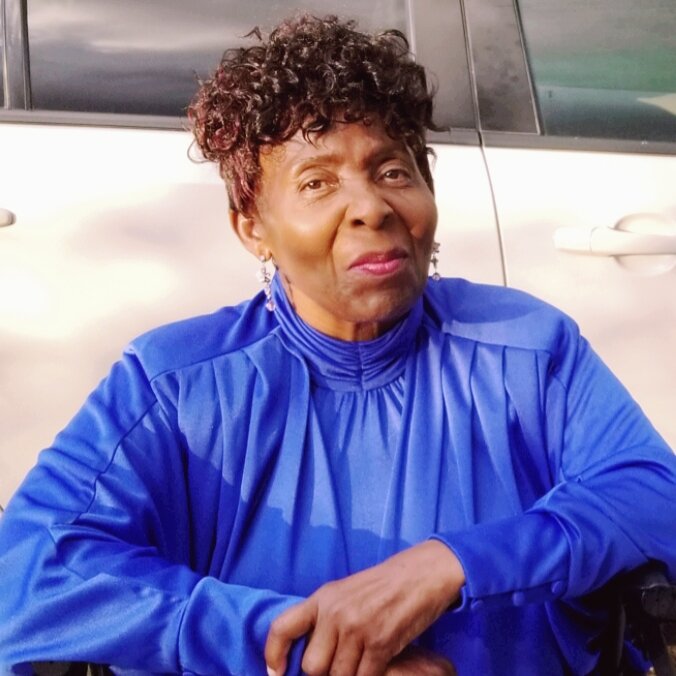 Please share a memory of Christine to include in a keepsake book for family and friends.
View Tribute Book
Christine Eldora (Haughton) Martin, 69, of New Haven, passed away at home surrounded by her loving family on March 22, 2022. On February 16, 1953, she was born in St. Mary, Jamaica, to Cleveland and Victoria (Davis) Haughton. Christine is survived by her loving and devoted children, Kenroy Kidd of Jamaica and wife Erica Kidd, Karlene Kidd-Smith of Florida, and Husband Randolph Smith(deceased), Kamele Kidd of New York, Kirby Kidd of New Haven, and wife Yanique Kidd, and 20 grandchildren and 26 great-grandchildren. Brother Valentine Taylor of New Haven, Sister Catherine Johnson of the United Kingdom, Aunt Eleanor Nowack, Uncles (John, Henry, Kirlew), Nieces, Nephews, and many cousins and friends. She is preceded in death by her parents and daughter, Kayon Kidd. Christine was born at Port Maria Hospital in St. Mary, Jamaica. She was a devoted wife, mother, friend, and confidant. Her union produced five children with her first husband, Renford Kidd. She was a pillow for the community. She was a nurturer and a very hard worker. She was of Christian faith and loved reading her bible and promoting this teaching with her kids with nightly devotion at her bedside. Her passion was cooking and caring for others. There was no one in need in the community to whom she would not lend a helping hand. She worked at Palm ridge guest Resort as a cook until she migrated to the States to live with her daughter in Miami. She then pursued her other passion and became a Certified Nursing Assistant, where she cared for the elderly. She later moved to Connecticut near her brother. She loved and missed her children. With the help of her daughter Karlene, she petitioned for her other kids and grandkids to join her in the United States. She worked at the Advanced Nursing & Rehab Center, where she tended to the sick and elderly. She had multiple strokes and had to retire. She began gardening, where she grew all types of vegetables and planted beautiful flowers. However, during the winter, she could not move around outside that much and started to experience vascular issues with unsuccessful surgeries and amputations coupled with other complications. She became chronically ill and succumbed to her illness. All services are in the care of the Clancy-Palumbo Funeral Home, East Haven. Memorial Service will be held on Friday April 1st in Bible Gospel Center at 10:30 A.M., 143 Leeder Hill Dr, Hamden, CT 06517.
Friday
1
April

Share Your Memory of
Christine
Upload Your Memory View All Memories
Be the first to upload a memory!
Share A Memory
Send Flowers