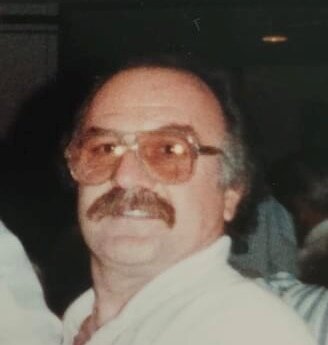 Please share a memory of Paul to include in a keepsake book for family and friends.
View Tribute Book
Paul DeRenzo 79, of East Haven passed away peacefully at home on May 11, 2022. He was born Ocober 6, 1942 in New Haven to Ralph and Anna (Esposito) DeRenzo. Paul is survived by his loving and devoted wife of 61 years, Patricia (Zapert) DeRenzo and a son, Edward DeRenzo of East Haven. He is also survived by his grandchildren, Edward DeRenzo Jr. (Kelly) and Shelby Reilly DeRenzo, three great grandchildren, Lucca, Ariana and Harper along with nieces/nephews. He is preceded in death by his parents and a sister, Annette Triano. Paul worked for Joseph Cohn Painting Contractor, for many years. He owned the Wagon Wheel Café in New Haven until his retirement. Paul had a love for motorcycles, both building and riding. He did many excursions on his motorcycle around the United States and Canada with his cycle buddies. Paul also won many awards for his classic cars. He always kept a close relationship with his lifelong friends; he will be missed by all. Family will receive friends on Sunday, May 15, 2022 from 2 P.M. until the time of service at 5 P.M. in the Clancy-Palumbo Funeral Home (Clancy Funeral Home), 43 Kirkham Ave., East Haven. Burial will be private at a later date.
Sunday
15
May

Share Your Memory of
Paul
Upload Your Memory View All Memories
Be the first to upload a memory!
Share A Memory
Send Flowers