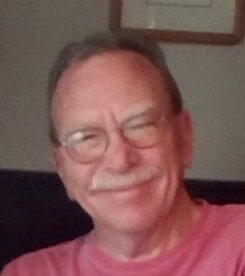 Please share a memory of Thomas to include in a keepsake book for family and friends.
View Tribute Book
Thomas Aloysius Fenton (EHPD, DET., Ret.) 76, of East Haven passed away peacefully at home surrounded by his loving family on July 17, 2022 after fighting a long battle with cancer. He was born May 14, 1946 in New Haven to Thomas and Veronica (Castignetti) Fenton. Thomas is survived by his loving and devoted wife of 55 years, Sharon (Smith) Fenton and children; Thomas Fenton of Denver, Michael Fenton of New Haven, beloved daughters, Daniela Balzano-Taylor of Guilford, Ashley Anfiteatro of New Haven and Veronica Rojas of Denver along with three grandchildren he adored, Sawyer Fenton, Luna McCulloch and Solomon Fenton. He is preceded in death by his parents and sister, Margaret Fenton. Tom, graduated from the police academy in 1972 and joined the EHPD. He then ultimately attained the rank of Detective in 1994. He later retired in 2000 from the East Haven Police Department after exemplary service to the town of East Haven. Most importantly, Tom loved his family. From the moment he woke up to the time he closed his eyes, his family came first. Also, he cherished his service to the town of East Haven as a police officer and later as a detective. Finally, Tom lived for a good meal, best shared with his family and friends. Tom will be forever missed, but will always live on in our hearts and minds. Family will receive friends on Friday, July 22, 2022 from 4 P.M. until the time of service and US Navy Honors at 6:30 P.M. in the Clancy-Palumbo Funeral Home (Clancy Funeral Home), 43 Kirkham Ave., East Haven. Burial will be private. Donations may be made to the East Haven Animal Shelter, 183 Commerce Street, East Haven CT 06512 in memory of Thomas Fenton.
Friday
22
July

Share Your Memory of
Thomas
Upload Your Memory View All Memories
Be the first to upload a memory!
Share A Memory
Send Flowers