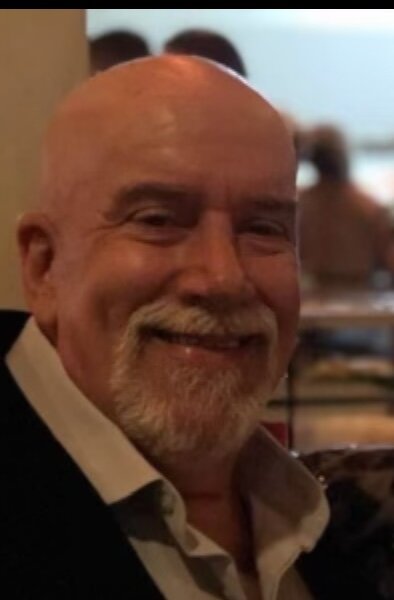 Please share a memory of Joseph to include in a keepsake book for family and friends.
View Tribute Book
Joseph Hurley Jr., 61, of New Haven passed away unexpectedly at home on August 4, 2022. He was born May 12, 1961 in New Haven to Joseph and Dolores (Lombardi) Hurley. Joseph is survived by his loving and devoted companion, Lucille Hood and step-children, Dawn Hall of Monroe and Michael Hood of West Haven along with four step-grandchildren; Kaitlyn Huber (Jared), Samantha Hall, Bryan Hall Jr. and Alicia McKinney and two step-great grandchildren; Jared Huber Jr. and Brantley Huber. He is preceded in death by his parents and brother, Thomas Hurley. Joseph worked for Quality Roofing as a subcontractor for several years with his brother, Thomas. In that time he made many friends and lifelong connections. When Joseph wasn’t working hard with his hands, they were often holding a guitar. Joseph spent many years with his guitar playing gigs with his band “Big Deal” in the 90s until he met the love of his life, Lucille. When he wasn’t playing music, he was very connected to his faith and when the guitar left his hands it was often replaced by his bible. He read his bible daily and watched bible studies on television every night. He never missed a dance recital for his step-grandchildren, and he was well known for his funny hats and passion to bring smiles and laughter to any room he entertained. He will always be fondly remembered for his Saturday Night Dance Parties at home with Lucille, a musical talent for writing songs for any occasion that left his audiences laughing with each strum of his guitar, and for his love and friendship he shared with his cat, Chunky. A Celebration of his life will be scheduled at a later date for family and friends. In Lieu of flowers, his family asks that you take a moment to appreciate the little things in life in his honor.
Online Memory & Photo Sharing Event
Online Event
About this Event

Look inside to read what others have shared
Family and friends are coming together online to create a special keepsake. Every memory left on the online obituary will be automatically included in this book.
View Tribute Book
Services for Joseph Hurley Jr.
There are no events scheduled. You can still show your support by sending flowers directly to the family, or planting a memorial tree in memory of Joseph Hurley Jr..
Visit the Tribute Store

Share Your Memory of
Joseph
Upload Your Memory View All Memories
Be the first to upload a memory!
Share A Memory
Send Flowers