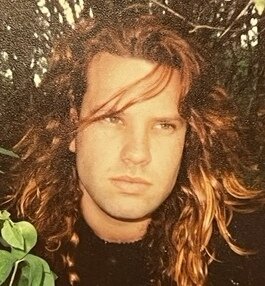 Please share a memory of Daniel to include in a keepsake book for family and friends.
View Tribute Book
Daniel Farquharson, 55, of East Haven passed away unexpectedly on August 22, 2022 at home. He was born June 11, 1967 in New Haven to Carl and Barbara (Daniels) Farquharson. Daniel is survived by his mother, Barbara Farquharson of East Haven along with two brothers; Scott Farquharson (Terri) of Los Angeles and Stuart Farquharson (Susan) of Meriden and numerous nieces/nephews. He is preceded in death by his father and siblings; Carl Farquharson Jr., sisters, Linda Hastings, Beth Ordway, Ann Farquharson and two nephews, Scott Farquharson Jr. and Carl Farquharson III. Dan graduated from Xavier High School in 1985, during which time he honed his bass guitar skills as he was part of a 3 boy band in North Brandford. He began studying literature at UMass Boston, but focused mostly on music with his 2 band mates also attending Boston colleges. Their skills and popularity grew quickly playing in bars from Boston to New York City. Eventually, Dan joined Pale Ocean, a New Haven area band, whose first album became very popular, rising high on the college charts. He continued playing with various New Haven bands such as The Button Downs, The Bittersweet Vine, Hi-Fi Automatic and even did a Pale Ocean re-union in April 2022. Dan was also ever present on Facebook posting music from the Shed Sound Studio, while taking care of his mother for over 20 years. If Dan had motto it would be “Judge no one, love everyone”. Family will receive mask wearing friends from 4 to 7 PM on Friday, August 26, 2022 at the Clancy-Palumbo Funeral Home (Clancy Funeral Home), 43 Kirkham Ave., East Haven. All are welcome to meet and attend a graveside service on Saturday, August 27 at 10:30 AM in All Saints Cemetery, 700 Middletown Ave., North Haven (Please meet at the office).
Friday
26
August

Share Your Memory of
Daniel
Upload Your Memory View All Memories
Be the first to upload a memory!
Share A Memory
Send Flowers