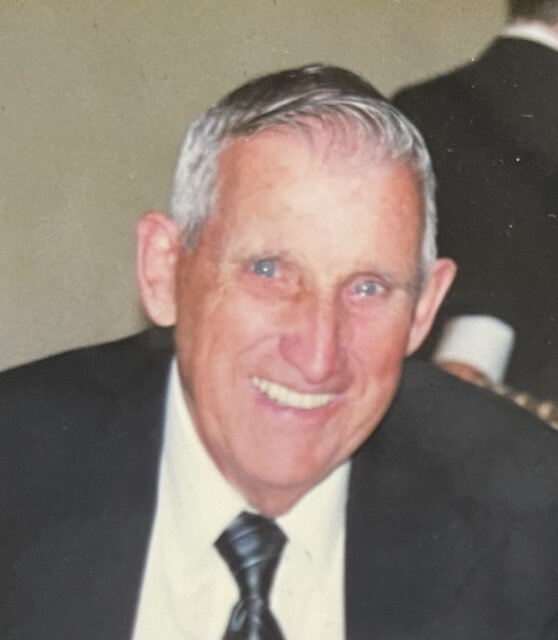 Please share a memory of Francis "Frank" to include in a keepsake book for family and friends.
View Tribute Book
Francis “Frank” Hennessey, 101, of Port Charlotte, FL passed away September 7, 2022 at CT Hospice in Branford. He was born August 12, 1921 in New Haven to the Francis and Ida (Reid) Hennessey. Frank is survived by his children, James Hennessey (Rita) of Guilford and Joyce Tott (Richard) of Madison along with three grandchildren, Ryan Hennessey, Melanie Hennessey and Melissa Arms (Brian). He is also survived by his two great grandchildren, Sean and Christopher Arms and sister Edie Richards. Franks is preceded in death by his parents, wife of 74 years, Helen (Kyrias) Hennessey, four brothers, William Hennessey, Donald Hennessey, George Hennessey and Robert Hennessey and sisters, June Carrano and Ellen Goodwin He was a graduate of Hillhouse High School and after graduation worked for Winchester Repeating Arms Co. Frank was a veteran who served in the U.S. Navy and was stationed in Martha Vineyard Naval Station from 1941-1945. After his active duty he returned to Winchester, retiring after 40 years and then worked for and retired from Sikorsky Aircraft. He lived most of his life in the New Haven Area including Branford and Guilford. After retiring he and his wife, Helen moved to Port Charlottee, Florida for more than 30 years. All services are private in Port Charlotte, FL and under the care of the Clancy-Palumbo Funeral Home, 43 Kirkham Ave., East Haven CT. Donations may be made to CT Hospice, 100 Double Beach Rd., Branford CT 06405 in memory of Frank Hennessey.
Online Memory & Photo Sharing Event
Online Event
About this Event

Look inside to read what others have shared
Family and friends are coming together online to create a special keepsake. Every memory left on the online obituary will be automatically included in this book.
View Tribute Book
Services for Francis "Frank" Hennessey
There are no events scheduled. You can still show your support by sending flowers directly to the family, or planting a memorial tree in memory of Francis "Frank" Hennessey.
Visit the Tribute Store

Share Your Memory of
Francis "Frank"
Upload Your Memory View All Memories
Be the first to upload a memory!
Share A Memory
Send Flowers