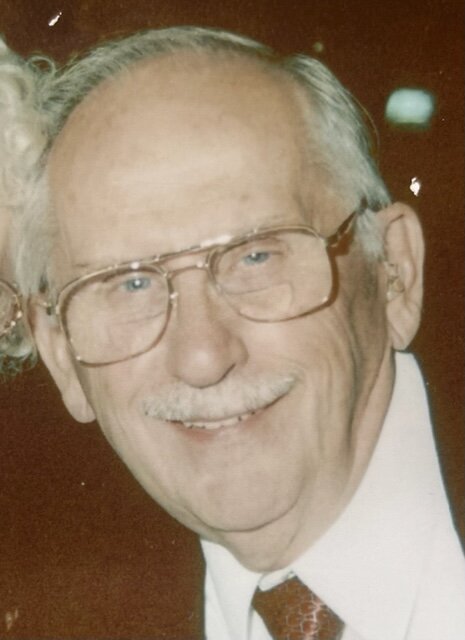 Please share a memory of Edward to include in a keepsake book for family and friends.
View Tribute Book
Edward Foley (ret. NHFD), 93 of Branford passed away October 8, 2022. He was born January 11, 1929 in West Haven to Francis and Jennie (Lord) Foley. He is survived by his three children, Tiffany Foley (Frances) of East Haven, Warren Shanks (Bev) of Hanover, PA and Colleen Cervero of Wallingford. Edward is also survived by his four grandchildren, John Cervero (Jennifer), Justin Cervero (Catherine), Victoria Foley (Paul) and Cody Shanks along with seven great grandchildren, Jovi, Jed, Jacob, Sydney, Jared, Alyssa and Lila. He is preceded in death by his parents, wife, Edna (O’Connell) Foley (2009) and siblings, John, Charles and Francis Foley and Jane Alves. He worked from a young age while attending school, including at the famous Savin Rock Flying Horses, after graduating high school and before entering the Navy. A World War II era veteran, he worked as a fire alarm technician before becoming a New Haven Firefighter. He retired from the Fire Department after almost 30 years and spent retirement with his wife. After living in West Haven most of his life he and his beloved wife moved to the other side of the Q Bridge. They settled in Branford for their final act together. They both enjoyed spending time with their grandchildren and family. Family will receive friends on Monday, October 17, 2022 from 8:30 – 10:30 A.M. in the Clancy-Palumbo Funeral Home (Clancy Funeral Home), 43 Kirkham Ave., East Haven. His funeral procession will then leave the Clancy-Palumbo Funeral Home for a 11 A.M. Mass of Christian Burial in St. Pio of Pietrelcina Parish at the Church of St. Vincent de Paul, 80 Taylor Ave., East Haven with Committal and US Navy Military Honors to follow at Green Lawn Cemetery, East Haven. The family requests no flowers, in lieu of flowers, please make donations to CT Hospice, 100 Double Beach Rd., Branford CT 06405 in memory of Edward and Edna Foley.
Monday
17
October

Share Your Memory of
Edward
Upload Your Memory View All Memories
Be the first to upload a memory!
Share A Memory
Send Flowers