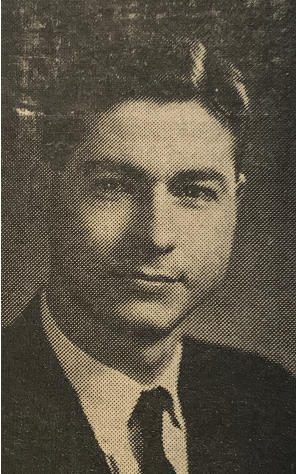 Please share a memory of Thomas to include in a keepsake book for family and friends.
View Tribute Book
Thomas Newton Jennings, Jr. passed peacefully on August 5th, 2022 Born on Thanksgiving day in Hamden, CT., he died just shy of his 90th birthday, which ironically would have also fallen on Thanksgiving day. Tom was the only son of Thomas Newton Jennings Sr. and Mary Burgoyne Law Jennings of Hamden, CT.. He attended Hamden Hall and The University of Connecticut before starting his profession as an Electrical / Mechanical Engineer. While attending Hamden Hall at age 16, he met his wife-to-be, Frances, at a church gathering in New Haven. There’s was a true love story from the start. They were married a few years later during, and in spite of, the great flood of August 1955, and remained together until his passing. Tom started his career with General Electric and was later named Regional Manager for Connecticut Light & Power. A life-long resident of Connecticut, he made a home in Kensington before relocating to Madison, where for over 55-years he came to be known to as ‘a super guy’ for his here-to-fore untold acts of service in the community and his neighborhood,. He served as a long time member and former President of the Madison Rotary Club, receiving the Paul Harris Fellow award, was named the Chairman of the Engineering Society, and was a long term member of the Town’s Chamber of Commerce, honored with Outstanding Service commendations. Tom’s hobbies in retirement reflected his curiosity and were numerous including: photography, woodworking, computers, a love of opera (as well as Polka), and history. He leaves behind his beloved wife of 67- years, Frances T. Jennings, and two children — Jonathan Standish Jennings (wife, Susan Roberts, Jennings), Martha Jennings (husband, Scott Miller), and two grandchildren, Theodore Jennings and Samantha Jennings-Black. A memorial service will be held at The First Congregational Church of Madison, 26 Meeting House Lane, Madison, CT on Sunday, October 16, 2022 at 12 P.M. (Noon). In lieu of flowers, memorial contributions may be made to the Madison Rotary Club and the Madison First Congregational church.
Sunday
16
October

Share Your Memory of
Thomas
Upload Your Memory View All Memories
Be the first to upload a memory!
Share A Memory
Send Flowers