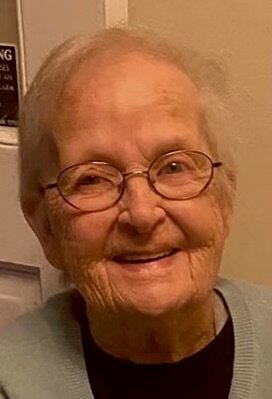 Please share a memory of Valerie to include in a keepsake book for family and friends.
View Tribute Book
Valerie (Bogart) Mongillo, 82, of East Haven passed away December 4, 2022 at Yale New Haven Hospital. Widow of the late John J. Mongillo, she was born April 7, 1940 in New Haven to Irving and Claire (Marlowe) Bogart. Valerie is survived by her loving and devoted children, Tracy Santino (Joseph) of East Haven, Stephen Mongillo (Laurie Moscato) of East Haven, Marlowe Ioime (Generosso) of Branford and Tara Mongillo (Eric Martins) of East Haven along with her grandchildren she adored, Joseph Santino III (Laura), Erika Santiago (Mariano), Brittany Greene (Eric), Matthew Lucibello, Jonathan Moscato and Michael Moscato. She is also survived by her ten great grandchildren, Kaleyshka Santiago, Raphael Santiago, Jayla Santiago, John Santiago, Dontaye Greene, Amari Greene, Janiya Greene, Amalia Santino, Guiseppe Santino and Pasquale Santino, son-in-law, Andrew Lucibello of East Haven, a sister, Adrienne Redding (Robert) of East Haven and numerous nieces/nephews. Valerie is preceded in death by her parents, husband, John J. Mongillo (2007), daughter, Marisa Lucibello (2010), siblings, Noel Bogart (widow, Ruth), Jerome Bogart (widow, Michele), John Bogart (widow, Susan) and Marlowe Bogart (the late Judy Bogart). Married to her beloved late husband John for 49 years until his death in 2007, they had a marriage to be envied and set a great example in love and loyalty for their children. Valerie was a stay at home mom, raising her five children of whom she was incredibly proud. After her youngest was in school full-time, Valerie went on to work at various retail stores until her retirement. Known for her quick-wit, sarcasm & piercing blue eyes. Her sense of humor was second to none and often the first thing someone says about her. Fiercely independent and outspoken, you never wondered where you stood with Val. She may have only stood 4’ 11, but she was afraid of nothing. Besides her affinity for Hugh Jackman, she loved to read, watch a good murder mystery, play games on her iPad and go to the casino with her late husband. She looked forward to her many adventures with her granddaughters especially if they ended with a trip to the Cheesecake Factory, or the Chowder Pot, which they always did. Immensely proud of all of her grandchildren, she was especially proud of her grandson Matthew and his military service. She loved being Mimi to all of her great grandchildren – they brought her incredible joy and happiness. Valerie will be dearly missed by all. Family will receive friends on Wednesday, December 7, 2022 at the Clancy-Palumbo Funeral Home (Clancy Funeral Home), 43 Kirkham Ave., East Haven, from 9 to 10:30 A.M. at which time her funeral procession will leave for a Mass of Christian Burial at 11 A.M. in St. Pio of Pietrelcina Parish at the Church of St. Vincent de Paul, 80 Taylor Ave., East Haven with Committal to follow at East Lawn Cemetery, East Haven.In lieu of flowers Memorial donations can be made to the American Heart Association or the American Cancer Society in memory of Valerie Mongillo.
Wednesday
7
December

Share Your Memory of
Valerie
Upload Your Memory View All Memories
Be the first to upload a memory!
Share A Memory
Send Flowers