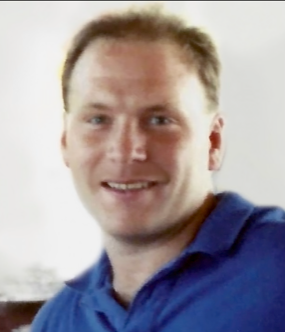 Please share a memory of Paul to include in a keepsake book for family and friends.
View Tribute Book
Paul M. Halloran (ret. NHFD), 59, of Branford entered eternal life on Tuesday, December 6, 2022, at home. He was the son of the late Frank R. Halloran and Sally (Fredericks) Halloran of Branford. In addition to his mother, he is survived by his brothers, Robert B. Halloran of Branford and James R. Halloran (Jennifer Matson Halloran) of Monroe and the late Frank J. Halloran (Theresa Clinchy Halloran) of North Haven. He also leaves behind his Aunts Claire Halloran of Clinton, CT, Nancy Vickers of Sacramento, CA and the late Joyce Francis of Brockton, MA. In addition, he leaves behind several loving nieces, nephews and cousins who will cherish his memory for many years to come. Paul was born on April 18, 1963, in New Haven, CT. He graduated from Notre Dame High School in West Haven, CT where he was a member of the track team. After graduating in 1981, he attended Southern Connecticut State University before joining the New Haven Fire Department. He was a distinguished paramedic and firefighter for 20 years before his career was cut short due to injuries that he sustained fighting a residential fire. After retiring from the department, he worked for a few security firms before taking on the full-time responsibility of caring for his mom and dad. Paul was a very kindhearted, compassionate, and generous person who will be missed by the many people who loved him. He enjoyed retelling childhood stories to his nieces and nephews at holiday parties when his brothers were not present to responsibly manage the conversations. They were often asked later in the day if the stories were true, and they simply had to nod their heads and laugh. Paul was extremely knowledgeable in many areas and enjoyed sharing his wisdom and experiences with others, especially when it came to public safety, gemstones, coins, and interesting knives. Paul’s visiting hours will be on Monday December 19, 2022 from 4 P.M. until the time of service at 6:30 P.M. in the Clancy-Palumbo Funeral Home (Clancy Funeral Home), 43 Kirkham Ave., East Haven, CT. Burial will be private and at a later date.
Monday
19
December

Share Your Memory of
Paul
Upload Your Memory View All Memories
Be the first to upload a memory!
Share A Memory
Send Flowers