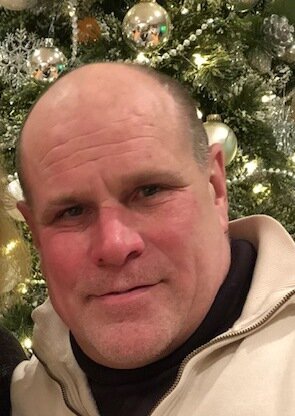 Please share a memory of David to include in a keepsake book for family and friends.
View Tribute Book
David Vitali, 59 of Guilford passed away unexpectedly on December 20, 2022. He was born September 20, 1963 in New Haven to the late David Vitali and Sharon (Rich) Austin. David is survived by his children, Krysta Vitali-Elam (Gerald Elam) of Guilford, Toni Dibuccio of New Haven and David Vitali Jr. of Florida along with two grandchildren, Logan and Leia Elam. David is also survived by his siblings, Trista Milici (Michael) of Branford and Edward Richkowski (Amber) of North Branford and five nieces/nephews, Brianna Nobile (Ryan), Neil Clyne, Michael Milici, Amber Richkowski and Cailey Richkowski and his two pet companions, “Sasha & Tenny.” He was a graduate of Guilford High School and worked as machinist and in a variety of construction fields throughout his life. In his younger years, he was an avid soccer player and even received recognition in the local paper, something that he was always proud of. He was quite the charmer and life of the party. He had a great sense of humor and loved to make people laugh even at his own expense. He had a way of making you laugh even when you were mad at him. He had an ease about him that made him easy to talk to and he was a friend to everyone. He loved spending his time collecting a variety of things, especially broken things that he could tinker with. David also enjoyed cooking, fishing, hunting and spending time outdoors.He loved his family, friends and his neighbors, who he considered his extended family. Family will receive friends from 5 to 7 P.M. on Tuesday, December 27, 2022 in the Clancy-Palumbo Funeral Home (Clancy Funeral Home), 43 Kirkham Ave., East Haven. Burial will be private.
Tuesday
27
December

Share Your Memory of
David
Upload Your Memory View All Memories
Be the first to upload a memory!
Share A Memory
Send Flowers