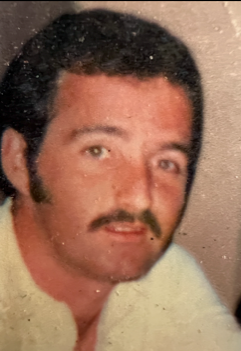 Please share a memory of William to include in a keepsake book for family and friends.
View Tribute Book
William “Bill” Kane 78 of East Haven passed away December 24, 2022 at Ct Hospice. He was born November 18, 1944 in New Haven to Frank and Elizabeth (Bruch) Kane. William is survived by his loving wife of 55 years, Pamela (Bacon) Kane and children, Michelle Masella of Hamden, William Francis Kane Jr. (Laura) of Texas, Tracy Kane Sr. of Hamden, Sean Kane of East Haven and Sandra Freedman of Stonington along with twelve grandchildren he adored, Nico Masella, Pamela Masella (companion, Anthony Gambardella), Dominic Masella, Chase Kane, Tracy Kane Jr., Karli Kane, Jeremiah Kane, Alexia Kane, Liam Kane, Austin Riley Kane, Tyler Bohndorf-Kane and Anthony Derosa. He is also survived by three cherished great- grandchildren, Michael Masella, Norah Masella and Raelyn Bohndorf-Kane, his siblings, Francis William Kane of Texas, Bernadine Provost (Jason) of Clinton, Joan Kelly of Indiana, Bob Bruch (Barbara) of Clinton and Beverly Conklin of CT. He is preceded in death by his parents and two sisters, Miriam Inscore and Wanda Hess. Bill was very loving and spontaneous man who enjoyed riding his Harley Davidson with his wife. He had an enormous passion for his classic cars. Bill’s greatest blessing in life was spending 55 years married to his beautiful wife, Pam. Bill worked many jobs to support himself and his family. He was proud veteran of the United States Army. He was the patriarch of his family, a good friend to all, but most importantly a loving husband, father, grandfather, great grandfather and brother. All services are private and under the care of the Clancy-Palumbo Funeral Home, 43 Kirkham Ave., East Haven. Donations may be made to CT Hospice, 100 Double Beach Rd., Branford CT 06405 in memory of William Kane.
Online Memory & Photo Sharing Event
Online Event
About this Event

Look inside to read what others have shared
Family and friends are coming together online to create a special keepsake. Every memory left on the online obituary will be automatically included in this book.
View Tribute Book
Services for William Kane
There are no events scheduled. You can still show your support by sending flowers directly to the family, or planting a memorial tree in memory of William Kane.
Visit the Tribute Store

Share Your Memory of
William
Upload Your Memory View All Memories
Be the first to upload a memory!
Share A Memory
Send Flowers