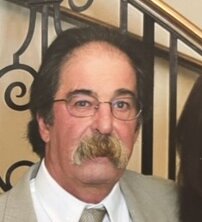 Please share a memory of John to include in a keepsake book for family and friends.
View Tribute Book
John Torello 77 of East Haven, formerly of Hamden passed away February 6, 2022 at St. Raphael Campus of Yale New Haven Hospital. He was born July 31, 1944 in New Haven to the late Joseph and Mary (Tomaso) Torello. John is survived by two children, Steven Scirocco of West Haven and Tina Deloughery (William) of North Haven along with two grandchildren, Grace Nordmann and Gianna Deloughery. He is also survived by his siblings, Joseph Torello of East Haven, Richard Torello of New Haven, Barbara Torello, numerous nieces, nephews, cousins and long time best friend Bobby Zuccano. John was employed for several years as a bus driver for The Orchard House in Branford, Full Swing Transportation for the VA in West Haven, and a part time tow truck driver for Mike's Automotive in North Haven. Through the years, John enjoyed riding his Harley Davidson with his friends. He had a passion for cooking, fireworks and an avid dog lover, but most of all he loved being called "Poppy" by his grandchildren. Family will receive friends on Tuesday, February 15, 2022 from 5 P.M. until the time of service at 7 P.M. in the Clancy-Palumbo Funeral Home (Clancy Funeral Home), 43 Kirkham Ave., East Haven. Burial will be private.
Tuesday
15
February