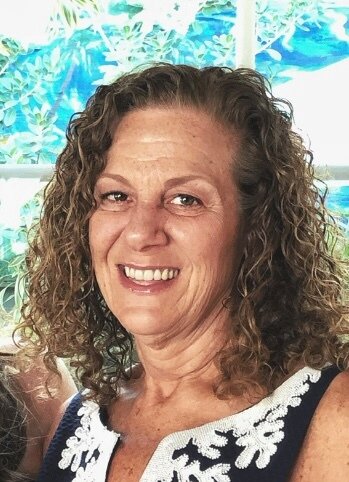 Please share a memory of Joanne to include in a keepsake book for family and friends.
View Tribute Book
Joanne (Cretella) Simiola 64, of East Haven passed away March 31, 2022 at home surrounded by her two daughters. She was born November 4, 1957 in New Haven to the late Joseph and Rose (Cavallaro) Cretella. Joanne is survived by her two devoted daughters, Stephanie Dinnen-Reini (Seth Reini) of Arlington, VA and Vanessa Simiola (Michael Canlas) of Honolulu, HI and five grandchildren she adored, Wyatt Dinnen, Asa Reini, Hyacinth Reini, Kahokunani Canlas and Kaimana Canlas. She is also survived by her two brothers, Thomas Cretella (Linda) of Glastonbury and Joseph Cretella Jr. of Stratford. She was an Operations Manager at Yale University School of Medicine in the Department of Psychiatry for many years before taking a position as the Senior Manager, Finance in the Department of Orthopaedics & Rehabilitation, where she retired from in January 2022. Joanne was charitable and generous, supporting organizations such as the New Haven Symphony Orchestra, the Eli Whitney Museum in Hamden, CT and various animal rescue initiatives. She was an avid reader, frequenting the library often and sharing her love for reading in book club. Joanne was a world traveler, having most recently visited Sicily with her youngest daughter in October 2021. She was known for her home cooking and shared Friday night dinner each week with her two closest friends, Phyllis Schneider and Anna Antonakis. Joanne’s greatest joy and pride were her two daughters, Stephanie and Vanessa; she affectionately called the three of them “the three musketeers”. She had an indomitable spirit to the very end. Family and friends are invited to meet and attend a Mass of Christian Burial on Wednesday, April 13, 2022 at 11 A.M. in St. Pio of Pietrelcina Parish at the Church of St. Vincent de Paul, 80 Taylor Ave., East Haven. Burial will be private. All services are under the care of the Clancy-Palumbo Funeral Home (Clancy Funeral Home), 43 Kirkham Ave., East Haven.
Wednesday
13
April

Share Your Memory of
Joanne
Upload Your Memory View All Memories
Be the first to upload a memory!
Share A Memory
Send Flowers