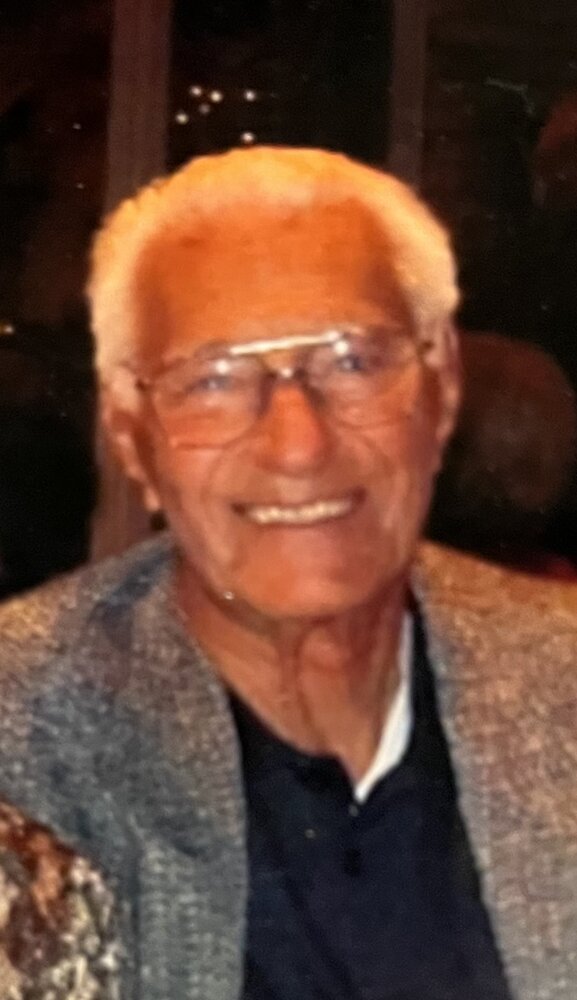 Please share a memory of Nicholas J. to include in a keepsake book for family and friends.
View Tribute Book
Nicholas J. Ferraro Sr., 92, of East Haven, passed away on June 30, 2022, married for 62 years to Patricia Walsh Ferraro. Born in New Haven September 15, 1929, to Antonio and Amalia Carrano Ferraro, he proudly served with the USMC in Korea and earned a Purple Heart for wounds received during the battle of “The Frozen Chosin.” After discharge, he completed his education on the GI Bill. He worked for Avco-Lycoming in the R&D Department where he received awards for “innovations” in the development of the M1 tank. Nick and Pat lived at Morgan Point for 40 years. He shared his love of the water with his four children, teaching them boating and fishing skills. In his later years, they returned that love, taking him boating and fishing. In addition to his wife, he is survived by his four children and their spouses: Nick Jr. of East Haven, Maria of Branford, Cathy and Chris Spencer of Branford, and Mark and Rose Ferraro of North Branford. Finally, after retirement from Avco, he was able to fulfill a pledge made in Korea, that if he survived, he would never be cold again. He enjoyed the next twenty winters in Naples, FL. During the warmer weather, along with his grandson Michael, he had a masonry business repairing sea walls and patios. As his grandsons grew, he put them to work during school breaks. He leaves his beloved grandchildren: Patti, Louie, Michael, and Freddie Turcio, and Jessica, Jennifer, Jamie, and Vinny Grillo Jr., and 6 great grandchildren. Nick was a man of few words, quiet strength, and deep faith, who lived a long full life surrounded by a loving family. He was a member of the Knights of Columbus and the DAV. He also leaves his brother, Dr. Anthony Ferraro and his wife Judy of Orange, along with several nieces and nephews. Pre-deceased by siblings Andrew, Christine, and Louise. Family and friends are invited to meet and attend a Mass of Christian Burial on Wednesday, July 6, 2022 at 11 A.M. in St. Pio of Pietrelcina Parish at the Church of St. Vincent de Paul, 80 Taylor Ave., East Haven with Committal and full USMC Military Honors to follow at East Lawn Cemetery, East Haven. All services are under the care of the Clancy-Palumbo Funeral Home (Clancy Funeral Home), 43 Kirkham Ave., East Haven.
Wednesday
6
July

Share Your Memory of
Nicholas J.
Upload Your Memory View All Memories
Be the first to upload a memory!
Share A Memory
Send Flowers