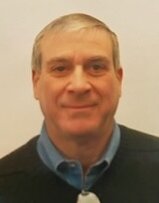 Obituary of Hugh A. Burrell

Please share a memory of Hugh to include in a keepsake book for family and friends.
View Tribute Book
Hugh A. Burrell, 83 of Guilford, formerly of New Fairfield passed away at home. He was born on January 13, 1939, in Port Chester, NY to the late Hugo and Rachel (DeLucia) Burrell. Hugh is survived by his son Michael S. Burrell (Susan) of Guilford, and grandchildren, Jake and twins, Morgan and Luke, daughter, Kristen Buffington (Brad) of New Fairfield and grandson Zachary. Hugh was a graduate of the University of Virginia (Bachelor of Science in Committee, 1961. Bachelor of Laws, 1964). Phi Alpha Delta. Member, Business Board, University of Virginia Law Review, 1963-1964. Hugh practiced law for 51 years and served the greater Danbury Community specializing in Real Estate, Estate, Probate, and Banking Law. Hugh was a principal at Burrell & Winans from 2003-2014. Hugh was also the former partner and served as a managing partner at Pinney, Payne, Van Lenten, Burrell, Wolfe & Dillman, P.C. from 1964-2003. Memberships: Member, Board of Directors, 1974-1976, Vice President, 1976-1979 and President, 1979-1981, Tax District of Candlewood Isle. Member, New England Land Title Association, 1975. Member, American Land Title Association, 1985-1989. Secretary, Greater Danbury Chamber of Commerce, 1990-1994. Member, Board of Directors, Greater Danbury Chamber of Commerce, 1988. Chairman of the Board, 1994. Incorporator - Savings Bank of Danbury, 1994. Board of Directors, The Ann Olsen Endowment, Incorporated., 1994. Board of Directors, and Past President & Vice President of The Ridgewood Country Club. Hugh dedicated much of his life serving the greater Danbury community and was an avid golfer prior to succumbing to Parkinson’s disease. Hugh will be sorely missed by the Danbury community, friends, and family. All services are private and under the care of the Clancy-Palumbo Funeral Home (Clancy Funeral Home), 43 Kirkham Ave., East Haven.
Online Memory & Photo Sharing Event
Online Event
About this Event

Look inside to read what others have shared
Family and friends are coming together online to create a special keepsake. Every memory left on the online obituary will be automatically included in this book.
View Tribute Book
Services for Hugh Burrell
There are no events scheduled. You can still show your support by sending flowers directly to the family, or planting a memorial tree in memory of Hugh Burrell.
Visit the Tribute Store

Share Your Memory of
Hugh
Upload Your Memory View All Memories
Be the first to upload a memory!
Share A Memory
Send Flowers